How Intolerance can Persist in Democratic Countries: the Case of Indonesia

This article is re-published from The Conversation Indonesia (TCID).

Is tolerance among different groups a prerequisite for democracy?

Indonesia’s case shows that it’s not. Democracy, a system of government based on elected representation, is thriving in the world’s most populous Muslim country. Democratically elected presidents have governed Southeast Asia’s largest economy since the fall of Soeharto’s authoritarian regime in 1998. The country has just carried out elections in April.

At the same time intolerance of minority groups is widespread.

The capital, Jakarta, and former capital, Yogyakarta, located about 500km southeast from Jakarta, are top of the list on the Indonesia Democracy Index. But they are also listed as the most intolerant cities, according to human rights advocacy group Setara Institute. Its latest report indicates that this is due to poor regulation and governance in response to intolerant practices in both cities.

Referring to these cases in Jakarta and Yogyakarta, we argue that democracy and tolerance are independent of each other.

Democracy can still perform in Indonesia despite intolerance of minority groups. To ensure that consensus as a prerequisite for a democratic society can be reached, the minority has no choice but to keep silent and succumb to the power of the majority.

Democratic but intolerant in Yogyakarta and Jakarta

Last year, Indonesia’s Statistics Agency published a report showing the Indonesian Democracy Index improved in 2017, compared to 2016. The index rates each province in Indonesia based on its civil liberties, political rights and democratic institutions.

Yogyakarta, the seat of the Javanese monarch Hamengkubuwono X, has always secured top spot in the index in the past few years.

However, Yogyakarta’s tolerance index was the sixth-lowest compared to 93 other cities in 2017.

The Centre for Religious and Cross-cultural Studies identified around 66 violent conflicts in Yogyakarta between 2011 and 2016. In the latest case this year, 11 wooden crosses at a Christian cemetery in Yogyakarta were destroyed. A village in Yogyakarta also recently barred a non-Muslim from living in their village.

A similar pattern can be found in Jakarta.

In 2016, Jakarta lost that title due to a combination of acts of communal violence by sections of society and a poor response from the local administration in handling these violent cases. Jakarta ranked 24th out of 34 provinces in 2016.

However, similar to Yogyakarta, Jakarta scored the lowest in the tolerance index in 2017.

Jakarta gained its status as an intolerant city after intolerant practices by Muslim conservatives marred its gubernatorial election in 2017. In the end, the conservative groups ousted Christian-Chinese incumbent Basuki “Ahok” Tjahaja Purnama.

Between democracy and tolerance

There are at least two conditions to have a democratic society. First, it must ensure equality for all actors to participate in decision-making processes.

Second, when conflicts arise, society can manage them within defined and universally accepted boundaries.

For example, imagine that you are attending a public forum or discussion to choose a leader for your community. The organiser announces that each one of you has the same right to participate and you are delighted to hear that. As the debates continue between different sides defending their arguments, you realise that things may become uncontrolled as no one wants to compromise and no one wants to lose.

Hours later, everybody is tired, and someone finally says: “Let’s remember that each one of us should have the same right to participate, therefore, let’s ask each one of us who is the better leader, then the one who has the most support wins.”

There you have the ideal condition that most democracies imagine today: participation and manageable conflict.

Let’s turn to tolerance. We define tolerance as putting up with those we disagree with, dislike, or who are different from us, without coercion. Don’t forget that the act of tolerance means that one side (the one that tolerates) accepts the other side (the one that is tolerated) so it masks unbalanced power relations. Therefore, in the context of plural communities, tolerance from both sides is needed.

From the conceptual exercise, we can argue that tolerance is highly relevant in democracies because disagreements, dislikes and differences are inevitable in plural communities.

Intolerant practices in the democratic sphere

It is also important to note that consensus in a democratic society can be reached through domination by the majority that silences the minority.

Elizabeth Noelle-Neumann, a leading German researcher on public opinion, calls the process a “spiral of silence”.

From the “spiral of silence framework”, we can see how an idea takes hold in society.

We can see how this concept works through analysing how the rejection of Ahok, which was based on racial and religious grounds, could be accepted.

Ahok’s rejection was made possible through a mainstreaming of Islamic values via popular culture and daily lives. This process is called “normalisation”.

As a result of this normalisation, it is difficult to counter the intolerant narratives without being accused of being anti-Islam. Living in a Muslim-majority country, people fear the anti-Islam label.

A similar thing also happens in Yogyakarta. The minority tends to accept mistreatment by the majority as they feel the power of the majority is so big that it doesn’t leave any option for the minority but to succumb. They also feel that their fight against intolerant practices will be useless as those in authority and legal enforcers tend to defend the majority.

Both processes of mainstreaming and normalisation are arguably part of efforts to push ideas belonging to the majority to dominate the public sphere, while at the same time suppressing opposing ideas belonging to minority groups.

Democracy in Indonesia, then, seems to allow the majority to rule over the minority. What is happening in Jakarta and Yogyakarta shows that consensus in a democratic setting can be continuously achieved, but it will not always be a tolerant one. 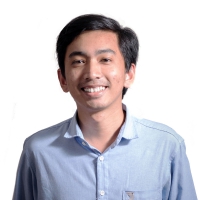 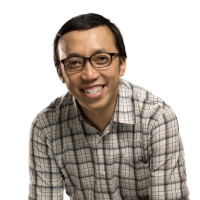