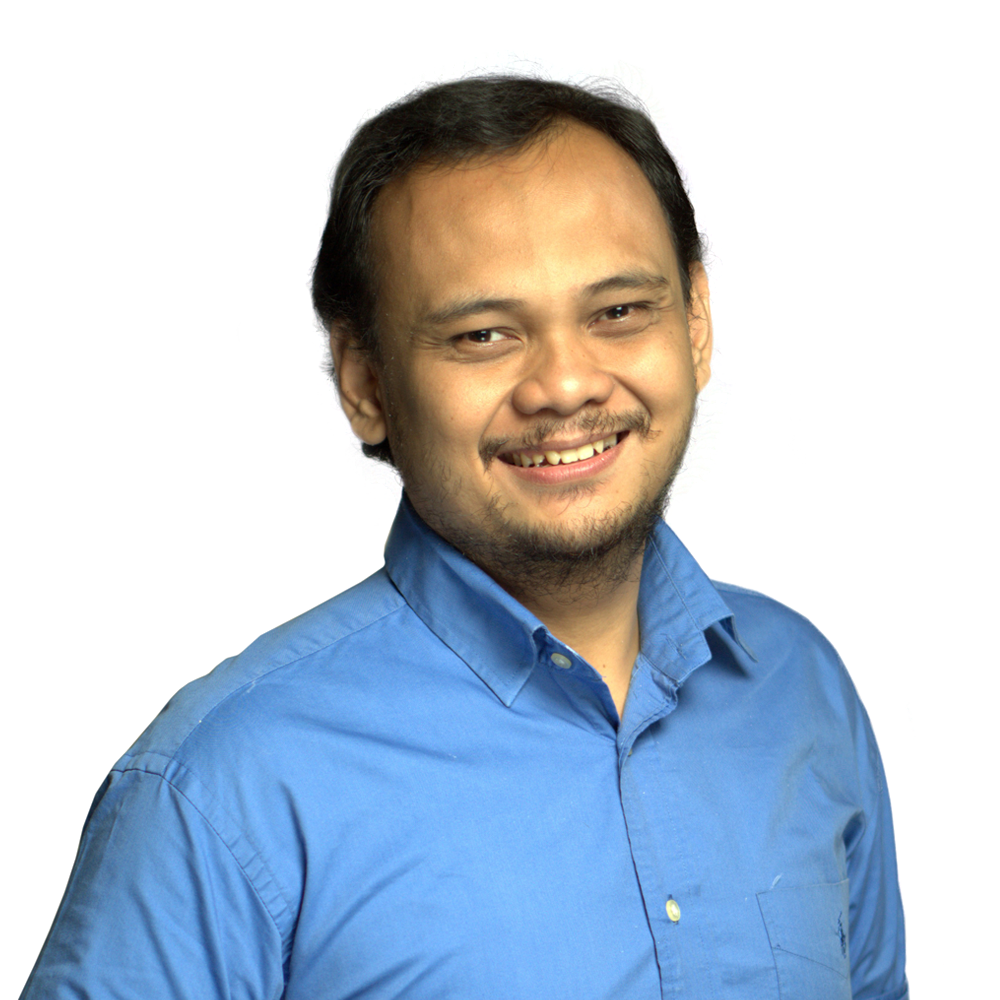 Bima joined SMERU in 2011 as a quantitative researcher. He has more than ten years of experience in the research of poverty reduction. Bima believes that good and equal education is the key to alleviating poverty in Indonesia.

Bima is the quantitative research coordinator at RISE Programme in Indonesia. He is particularly involved in the studies of honorarium-paid teacher  selection, evaluation of in-service teacher education program, and Computer-Based National Examination (UNBK).

In 2016, Bima was granted the International Social Protection Studies scholarship from GIZ in Germany. Along with other scholarship recipients from the Philippines, Vietnam, and Cambodia, Bima attended a six-month course held in Berlin, Heidelberg, Greifswald, and Maastricht to improve his knowledge on the implementation of social protection programs in developed countries as in Germany and the Netherlands. From the course, he produced a paper titled “Improving Indonesia's Pension Scheme: Determinants of Voluntary Pension Participation”.

Before joining SMERU, Bima worked with Indonesia's National Development Planning Agency (Bappenas) and completed an internship with the University Medical Centre in Groningen, the Netherlands.

Developing Inclusive Labor Market Information to Optimize the Implementation of The Unemployment Benefit
Kinerja Qualitative Endline Study
Education in Indonesia: A White Elephant
Schooling progress, learning reversal: Indonesia’s learning profiles between 2000 and 2014
Classroom Observation Tool for Assessing the Dimensions of Teaching Practices (CERDAS)
Learning from Home: A Portrait of Teaching and Learning Inequalities in Times of the COVID-19 Pandemic
Preliminary Analysis of the Driving Factors behind Disparities in Distance Learning at the Elementary School Level
Social Safety Nets amid the COVID-19 Crisis: What Should the Government Do Now?
Child Multidimensional Poverty in Indonesia
Education in Indonesia: A White Elephant?